Several hundred thousand people have been killed in state-supported attacks on villages in the Darfur region of Sudan (Degomme and Guha-Sapir 2010), and millions have been displaced (U.S. State Department 2013). 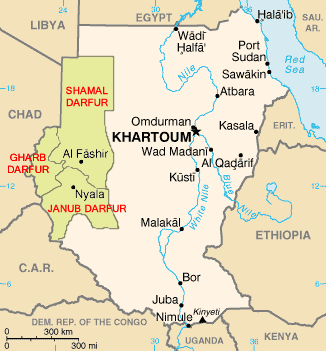 Years after this violence began, Sudanese President Omar al-Bashir became the first sitting head of state indicted for the crime of genocide by the International Criminal Court. Due to inaction by the UN Security Council, the Court’s investigation has since been suspended though the violence continues today.

We examine this critical social problem by analyzing the gendered nature of violence committed against men and boys in Darfur and describe the process of inflicting violence as the gender-genocide nexus. Although a substantial body of research on gender-based violence during episodes of mass atrocity has emerged in the last decade, much of this scholarship has focused on violence against women. While we do not seek to divert attention from women and girls, it is important to examine the broad range of violent acts that occur during genocide—including gender-based violence against men and boys. This includes rape, other forms of sexual violence (like sexual assault or genital mutilation), as well as non-sexual acts perpetrated on the basis of gender, such as sex-selective killing.

Using narratives from 1,136 Darfuri refugees from the U.S. State Department’s Atrocities Documentation Survey, we analyzed patterns of gender-based violence perpetrated against men and boys in Darfur. We found that these individuals experienced many forms of gender-based violence, such as rape, genital harm, and sex-selective killings. Darfuri men and boys also are victims of indirect violence, such as witnessing violence perpetrated against members of their family.

Considering the totality of the violence, we demonstrate how these forms of violence emasculated Darfuri men and boys by depriving them of strength and vigor—qualities that are particularly valued in Darfur. This emasculation takes place through four mechanisms: homosexualization, feminization, genital harm, and sex-selective killing. For example, Sudanese government soldiers and Janjaweed militias (armed militias working with the government) have specifically targeted men’s genitals by castrating them prior to death. This genital harm emasculates physically and symbolically, as the penis is an emblem of power and virility.

Many men have also been deprived of their role as protector of their families and, in turn, feminized through being forced to watch attacks on their families and villages. Recognizing this, some perpetrators have even mocked Darfuri men by noting, “Come get your girls if you can.” Still others have been targeted on the basis of their sex, as numerous respondents shared that soldiers and Janjaweed militias cut open the wombs of pregnant women. If they were male, they destroyed the fetus “by smashing it on the ground.”

While this violence can emasculate an individual, we argue that it also emasculates the targeted group. At the same time, perpetrators perform masculinity through violence —“doing gender” by reaffirming their own hegemonic dominance while simultaneously proclaiming power over the victim groups. In essence, gender-based violence enacts, reinforces, and creates meaning on multiple levels to assert a dominant exclusionary social order—a process we term the gender-genocide nexus.

By extending the gender-violence link to the context of mass atrocity and highlighting the role of gender in patterning violence, this study facilitates an understanding of how and why this violence occurs as well as the mechanisms through which gender inequalities can be reproduced and maintained. Our findings also illustrate the need for national and international criminal courts to address both the scale and the nature of gender-based violence in mass atrocity by explicitly recognizing the multiplicity of victimization of men and women.