How do women negotiate male-dominated workplaces of the tech industry? In the February 2017 issue of Gender & Society, we address this question by building upon foundational work on occupational inequality. Inspired by Joan Acker’s concept of inequality regimes, we offer the first qualitative study and intersectional analysis of women tech workers from a wide range of backgrounds. We show how race, class privilege and gender expression shapes the occupational experiences of “geek girls.” 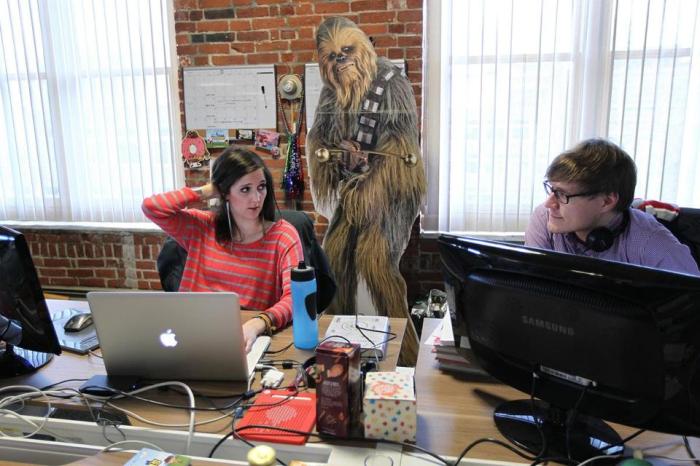 In our interviews with 50 men and women employed in a variety of positions in the San Francisco tech industry, we discovered that the gender-fluid, LGBTQ, White and Asian female workers reported a greater sense of belonging among male co-workers when compared to heterosexual women. In contrast to the gender conventional women in our sample, they were perceived as “one of the guys.” However, the gender-fluid Black LGBTQ women we interviewed did not experience the same inclusion or degree of belonging. Neither did conventionally heterosexual White and Asian women, who, like the Black women, also described routine micro-aggressions and sexist interactions that undermined their ability to be seen as competent equals in their workplace.

We argue that this represents a racialized and gendered spectrum of belonging—the dynamic forms of inclusion and exclusion that women experience according to their race, sexuality, and gender presentation. In occupational cultures where masculinity and hetero-normativity are the norm, fluid gender expression provides some women with conditional acceptance.

These findings expand and complicate earlier research of gender scholars by showing how cisgender women who deploy gender fluidity experience workplace benefits similar to those of transgender men (Schilt 2006). By not presenting as “femme,” and thus not as heterosexually available, gender-fluid women in our sample enjoyed patriarchal dividends (Connell [1995] 2005) that included greater respect and acceptance, and positive evaluations of their competence. Black women in our sample did not report receiving the same benefits from gender fluidity; they were instead evaluated primarily by their racial status (Valian 1998).

Despite the fact that White and Asian women in our study successfully navigated workplace hostilities by distancing themselves from conventional heterosexual femininity, this strategy merely reinforces inequality regimes that privileges male workers. It leaves unchallenged the idea that the most competent creators of software—the essential fabric of our digital age—continue to be men.

You can read more about our research and its implication in our February Gender & Society 31 (1) article, “Gender-Fluid Geek Girls: Negotiating Inequality Regimes in the Tech Industry.”

Lauren Alfrey is an assistant professor of Sociology at the University of Portland. Her research and teaching focus upon social inequalities of race, class, and gender in the new economy and sociology of the family. Her dissertation examined how white, middle-class professionals negotiated unemployment, economic uncertainty, identity, and status in two suburban neighborhoods. She is the co-author, with France Winddance Twine, of the forth- coming book, Geek girls: Race, gender, and sexuality in the tech industry.

France Winddance Twine is a professor of Sociology and Black Studies at the University of California, Santa Barbara. Her transnational research on social inequality contributes to critical ethnography, critical race theory, comparative & transnational feminist studies, British Cultural Studies and qualitative research methods. All of her research examines the intersections of race, class, sexuality and nationality. Her most recent books include Outsourcing the womb: Race, class and gestational surrogacy in a global market (2015), Geographies of privilege (2013) and A White side of Black Britain: Interracial intimacy and racial literacy (2010).