For the last couple of decades, debates over same-sex marriage dominated the national political conversation on gay rights. Slogans such as “love is love” and other mainstream narratives proclaimed the right to wedded bliss for same-sex couples, and movement leaders worked to normalize certain LGBTQ relationships by emphasizing their similarity to straight couples. Yet not all LGBTQ individuals were on board, and many asserted that liberation was not about gaining access to a government sanctioned institution or mimicking the practices of heterosexual couples. Instead, they argued, the appeal of queer life was in making life choices, and defining relationships, on one’s own terms. Only in doing so could one radically transform the sexist, heteronormative practices that structure romantic relationships.

Normative dating and courtship practices are widely accepted in the U.S. because they reliably communicate interest and facilitate relationship progression. Men are expected to ask for, plan, and pay for dates, progress the relationship, and propose marriage, while women are expected to simply react. Given that these norms are predicated on assumptions of heterosexuality and are deeply gendered, I wondered how queer individuals navigated the early stages of romantic relationships, a time when people are more likely to fall back on well-established practices as a way to deal with uncertainty. In order to explore this question, I interviewed 40 LGBTQ-identified young adults in the San Francisco Bay Area about their dating practices. Given their young ages, geographic location, and extensive contact with queer community organizations and friend networks, my respondents were well-situated to remake romance outside of the standard Hollywood script.

Contrary to the voices of liberation through assimilation, my findings show that some LGBTQ-identified individuals – particularly those in more radical, politicized queer spaces – reject the presumption that they should mimic heterosexual relationship practices, which they saw as constraining, unimaginative, and heavily gendered. Instead, respondents argued for dating practices built on reciprocity.

They emphasized how both partners (or more, if in polyamorous relationships) should ask and pay for dates, communicate interest, and facilitate relationship progression. In addition, they aimed to construct relationships free from societal constraints and instead based on the individual needs of each partner. They viewed this approach as more honest than those that draw on cookie cutter assumptions about what people want and need in their relationships.

This approach spilled over into their committed relationships, as respondents emphasized egalitarian, flexible, and non-gendered care work. They sought to engage in high levels of communication and negotiation so that each person’s individual, and often changing, needs would be consistently honored. Thus, my findings show how a deliberate rethinking of dating and courtship practices may set the stage for people to do the same in their long-term relationships, indicating that changing how people date may be important to building more equal, and less gendered, relationships.

But while my respondents emphasized their desire to “write the scripts themselves” based on individual needs and wants, they faced emergent community-level norms that restricted the range of “acceptable” relationship practices. Given the queer community’s focus on resisting gendered and heteronormative practices, the people I spoke with discussed anywhere from mild to heavy pressure to avoid these practices in their own relationships. As a result, people worked hard to be appropriately radical and resist falling back on normative conventions. Those who fell back on heteronormative practices were either shamed or compelled to create narratives in which their adherence to such practices was explained away in order to undermine potential critiques. While my findings show the potential embedded in building relationships based on the expressed needs and desires of each partner rather than on default expectations, they also demonstrate that queer people struggle with the paradox that liberation can itself become a constraining norm, as the pressure to contest societal level norms translates into a pressure to always be radical. 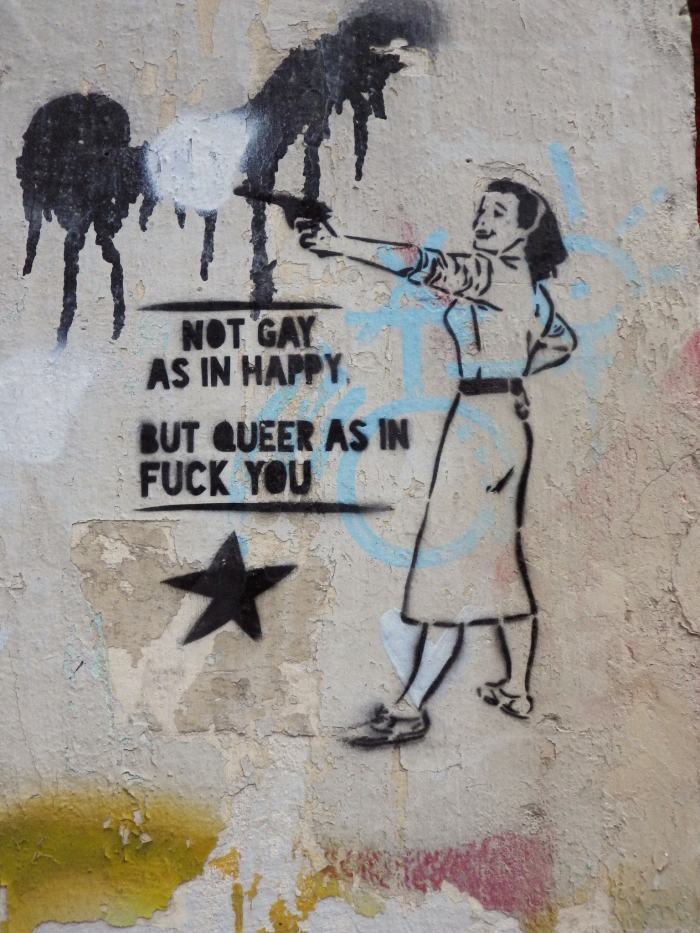 Ellen Lamont is an assistant professor  of sociology at the Appalachian State University. Her research examines how gender and sexuality shape young adults’ hookup, dating, and courtship practices.

My Tweets
Join 19,601 other followers