Mothers who use and deal illegal drugs find themselves in particularly complex gendered situations. For these mothers, by being involved in crime and being perceived as failing to live up to normative gender expectations, they are stigmatized two-fold in society. In addition, they operate in a gender-stratified drug market supported by masculine “rules of the game.” Men often exclude women from accessing lucrative positions because of presumed dedication to caregiving.

Maternal Identities among Women in the Illegal Drug Economy

In my research, I examine motherhood among women who are part of the hard drug economy in Norway. Although such mothers have in common having little access to normative motherhood, I found vast variation in maternal identities among the mothers in this study. I identified four maternal identities, patterned by their gender performances and work situations: grieving mothers, detached mothers, motherly dealers, and working mothers. Timing of pregnancy, time spent with children, control over drug use, and place in the drug market hierarchy contributed in explaining their maternal identities.

For the grieving mothers, motherhood was vital to their identities despite having lost custody of their children and having limited contact with them. Their strong embodiment of femininity suggested that motherhood fit neatly with their identities. The lost opportunity to engage in mothering on a daily basis brought them seemingly endless grief, which had pushed them into heavier drug use. In the drug economy, they held lower positions in the hierarchy. Holding on to motherhood as pivotal to their identities continuously fueled their grief, yet their sadness was important for negotiation of the stigma they faced.

Like the grieving mothers, the detached mothers had lost custody of and had limited contact with their children. Yet, their identities stood in stark contrast, as they did not attempt to present themselves close to normative motherhood expectations. They were young and still adjusting to their adult identities when they had children, all of whom were unplanned. After losing custody they (re)turned to embracing their masculine identities as “one of the guys,” an identification that had emerged as an adaptation to the male-dominated context they were in. This enabled them to partly mitigate some of the emotional stress of losing a child and navigate the drug economy more successfully than did the grieving mothers. 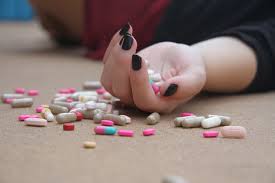 The motherly dealers had significantly more contact with their children. They constructed uniform identities that accommodated being both mothers and dealers. These mothers were relatively successful dealers, had their children prior to entering the drug economy, and had previously lived conventional family lives. They drew on maternal responsibilities when accounting for their involvement in the drug economy, and emphasized care and sociability as business strategies. Although they could not escape the stigma of failing to living up to normative motherhood expectations, they created leeway for themselves by widening such ideals.

The working mothers took sole care of their children despite being active dealers. They differed from the others by not only combining mothering and paid work (i.e., drug dealing) but also by separating the two. By coming close to the normative mothering ideals, they reduced the stigma of being mothers and users/dealers. Still, other challenges surfaced as they faced the paradox of performing according to expectations of two highly different domains. For these mothers, such expectations were likely heightened, as the gap between work and home domains were more substantial than what occurs in most legitimate occupations.

The Constraint of Motherhood Ideologies

Scholars have argued that mothers cannot escape the presence of normative motherhood in their constructions of maternal identities. The detached mothers were the exception that confirms this rule. Rejecting dominant motherhood norms seemingly also required rejecting femininity. Their experiences, as with the experiences of the rest of the mothers in this study, are a powerful reminder of the omnipotence of motherhood ideologies, and how those ideologies constrain mothers whose social positions make them unattainable.

Heidi Grundetjern is an assistant professor in the Department of Criminology and Criminal Justice at the University of Missouri–St. Louis. Her research focuses on the role of gender in illegal drug markets, with a specific emphasis on the experiences of women who deal drugs.